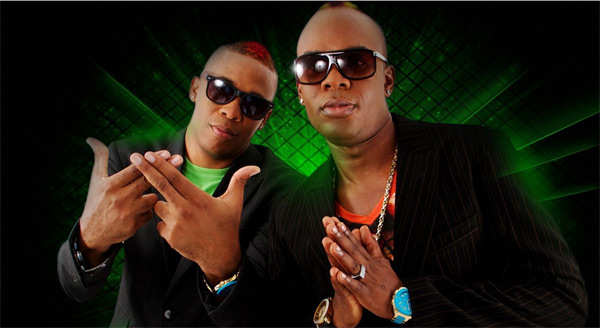 One of most dinamic dancehall duo will come back to Europe at spring 2020.

From the moment RDX exploded on the scene with

their chart topping single “Dance” in 2007, they

has grown to become one of the most recognizable

acts in reggae/dancehall with their colourful

mohawks as trademark and a string of hits under

since their childhood days and both shared a

so it didn’t take long before the two merged their talents to become RDX, Reggae, Dancehall and

something eXtra. They both grew up in the Waterhouse district of Kingston, Jamaica, a tough inner city

community known for its hardship and poverty but also for its rich musical heritage. The same area

Pint and Junior Reid, so RDX is amongst good company.

After over a decade of being in the spotlight, RDX has etched their name as one of the premiere standard

popular dancehall culture. The unique sound of RDX is a blend of vocals evoking the nostalgia of 90s

dancehall, flavoured with edgy lyrics, flows and themes relevant to the pulse of today, all served up with

the colour and warmth of the Caribbean. With the creative lyrical prowess of Renigade and the infectious

melodies of Delomar, an expanding fan base worldwide and millions of views on YouTube, coupled with

thumping tracks and a forward thinking support team, RDX is poised for even greater things for the

another ten years. In recent years RDX has also collaborated with acts and producers from outside the

In autumn 2017 RDX has released their full-length studio album titled “Level Up”, which marks their tenth

successful year in the business and showcases the duo’s sound evolution. The lead single “Shake Your

views on YouTube and spent 26 weeks on the top of distributor 21st Hapilos Digital sales charts.

Through their Apt.19 Music and Shella Posse labels, the duo has also produced popular riddim projects

Islands. In 2016 they completed a 14 stop college tour in

the United States and a six week European tour.