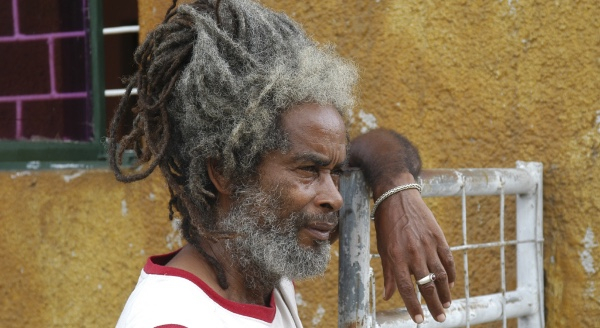 Max Romeo was born in 1947 in Saint Ann in Jamaica and at the age of 14, he left school and family to perfect his art and feed his passion for the music and he recorded his first 45 tours in 1965.

From this moment things accelerated : he signed a contract with Bunny Lee, one of the biggest producer of this time in Jamaica, and the hit “Wet Dream " released in 1969 gave to Max Romeo international success. He met the producer Lee Perry (who also produced Bob Marley) and released hits as "Macabee Version", "Jordan River" or "Deacon Wife". Then he signed a contract with Island Records where were released 2 very important albums: "Reconstruction" and especially “War Inna Babylon” with the Upsetters in 1976, including one of the most famous tracks of reggae ! After more quiet period in recordings, he returns to studio at the end of 1990s, and during the 2000s, 3 new albums were produced: "Perilous time" and “Something is wrong" still defending his values against "babylon" and obliging message for the future generations, and the in 2004, he recorded "Little Time for Jah" in the legendary studios Tuff Gong in Kingston, served well by the robust production of Clive Hunt.

Since, Max Romeo made regularly European tours which met a strong audience, and between two periods of tour, he prefers to return in Jamaica to cultivate his ground and take care of his family.