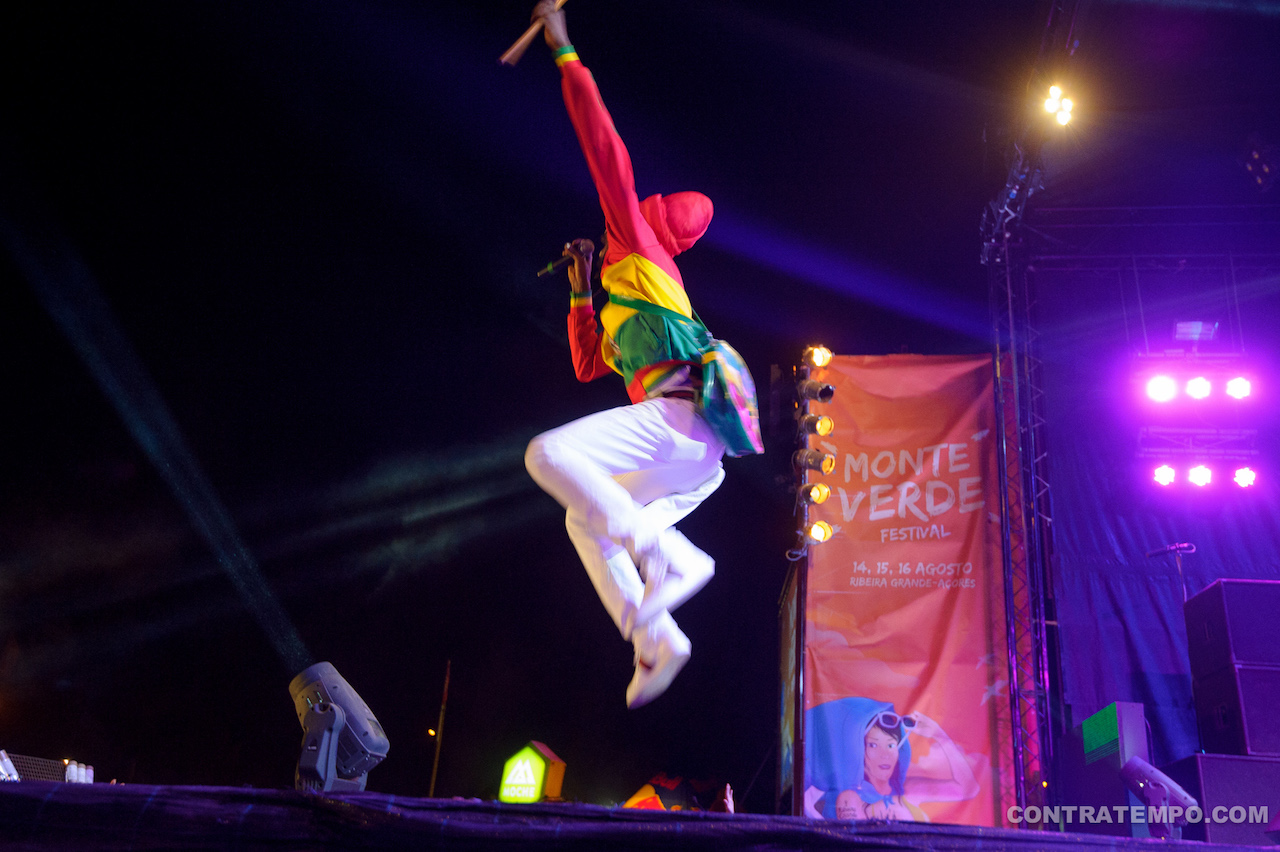 Draped in the rich colours of African cloth, his trademark staff in hand, and his dreadlocks wrapped regally on his head, Anthony B embodies all that it is spiritual and proactive about Reggae music. This artiste has been steadfast in his mission to represent the poor and oppressed, using sharp lyrics to confront political injustices and bring the issues of the people to the forefront. In the process, he has raised the quality of performance standards and lyrical content for the industry, through the release of 13 albums, over 1000 singles and appearances on over 100 albums in the last 14 years. Anthony B's musical journey started in the church, back when he was still called Keith Anthony Blair in Clark's Town, Trelawney. In this part of rural Jamaica, Anthony B was immersed in the thunderous chants and rhythms of Revivalism and the Seventh Day Adventist church where he honed his soon-to-be signature vocals. In his formative years, the artiste also cleaved to the music of Otis Redding and the incomparable Peter Tosh. In 1992, Anthony B left his home-town and set out to make his fateful mark on Kingston's music scene. He rebuked the trend of girl and gun lyrics popular at that time and remained faithful to words of spiritual consciousness and social conviction. He started working with singer Little Devon, who introduced him to Richard "Bell" Bello, of Star Trail Records, producer for Garnet Silk and Everton Blender. Bell saw the talent of the youngster and shared his commitment to conscious music. The partnership produced a slew of records and releases, such as "Repentance time", "Fire pon Rome", "One Thing", "A De Man", "Rumour" and "Raid di Barn". Anthony B followed up with critically acclaimed albums such as " Real Revolutionary", "Universal Struggle", "7 Seals", "Black Star" and "Untouchable". He also struck out on his own to start his own label, Born Fire Records in 2002. He produced 3 albums independently; Street Knowledge, That's Life and Life Over Death. In addition he released two collaboration albums "Too Strong" with Sizzla and "Three Wise Men" with Sizzla and Luciano. Anthony B's lyrical genius and his captivating, energetic performance style have caused him to be heavily requested for performances in the Caribbean, North America, Europe and Africa. Anthony B personally rates his performance in 1999 at the Montrose Jazz Festival as a monumental event in his career. In 2003 and 2004, he was given a King's welcome in Gambia and Senegal. In 2004, he sold out shows in Switzerland, Austria, Sweden, Belgium, France, Italy and Germany; closing for such greats as Israel Vibration and Burning Spear. He also opened up new regions for reggae music through his performances in New Dehli, India, Czech Republic, Iceland, Argentina, Venezuela and on France's Reunion Island, in the Indian Ocean. His heavy touring schedule has not slowed Anthony B's stream of releases. Over the years, he has collaborated with Bone Crusher, Akon, Wyclef Jean, Snoop Dogg, R. Kelly, Martina, an on his latest album, Toots. Anthony B's rich vocals and audacious lyrics carry a depth and substance which is rare in the industry. Internationally, his fan-base has grown because he speaks about the universal concerns of suffering and salvation. "The greatest thing about reggae music is that it's about concepts and ideas," says the artiste, "you are speaking to people on issues they live and can relate to." Anthony B's latest hit singles include "Sleeping In the Rain", "Satisfaction", "Bad From Long Time", and "Teaser" and come from his highly-anticipated 13th album, "Life Over Death". In January 2009, Anthony is set to release yet another album with Greensleeves Records. The album, "Rise" produced by Frenchy Maximum Sound, continues Anthony's legacy as he proves himself to be one of Reggae's most prolific and engaging artistes, an electrifying performer whose music grips the public social conscience.