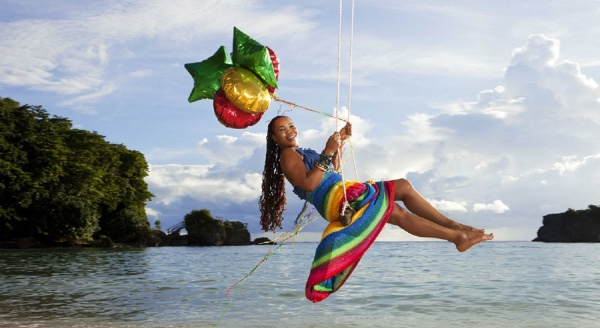 Queen Ifrica is a reggae singer and deejay from the hills above Montego Bay, Jamaica. She is the daughter of ska music legend Derrick Morgan. Her career began in her home town in 1995 when she won a talent competition in a local club. From 1998 she began working with Tony Rebel’s Flames productions and since then, she has worked her way up to being one of the premier female cultural reggae artists in the business, performing all over the world in music festivals including Reggae on the River in California and Reggae Sumfest in Jamaica.

Her first album “Montego Bay” released in 2010 was critically acclaimed in Jamaica and overseas. Queen has had several of her recordings become a staple on the airwaves, from the ever popular “Randy” to “Boxers and Stockings”. Queen Ifrica’s music resonates with conscious, purifying energy. She remains grounded in her way of life, her community and her children. A Rastafarian by faith, she has a strong social consciousness, and she is known for her work in the community outreach activities and for writing songs about deeply personal subject matter such as “Below the Waist” and “Daddy”.

With her haunting melodies, clear sound and fluid delivery, Queen Ifrica sets out to be a force to be reckoned with, creating timeless rebel music in the ilk of her father Derrick Morgan, Garnett Silk, Nina Simone and Miriam Makeba. Her aspiration is to make music that lives on.